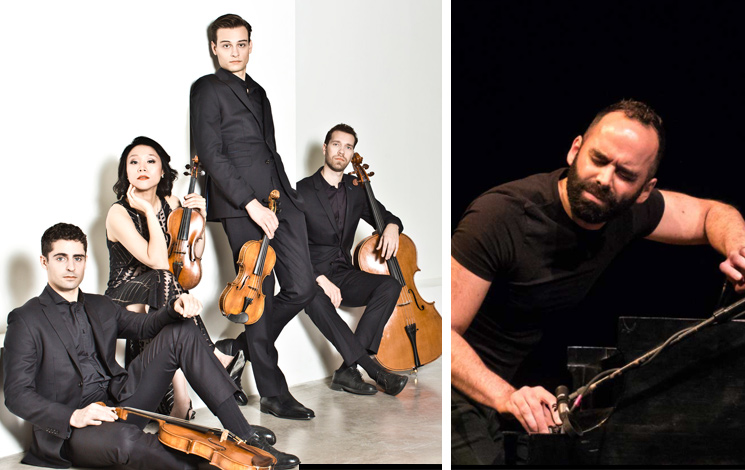 Praised for their “superb capacity to find the inner heart of everything they play, regardless of era, style, or technical demand” (The International Review of Music), the Tesla Quartet brings refinement and prowess to both new and established repertoire. Dubbed “technically superb” by The Strad, the Tesla Quartet has won top prizes in numerous international competitions, most recently taking Second Prize as well as the Haydn Prize and Canadian Commission Prize at the 12th Banff International String Quartet Competition. In 2018, the Tesla Quartet released its debut album of Haydn, Ravel, and Stravinsky quartets on the Orchid Classics label to critical acclaim. BBC Music Magazine awarded the disc a double 5-star rating and featured it as the “Chamber Choice” for the month of December. Gramophone praised the quartet for its “tautness of focus and refinement of detail.”

A recipient of the Lincoln Center Award for Emerging Artist and “remarkable and insightful musician” (LA Times), “relentlessly adventurous pianist” (Washington Post) “joyfully rocking out at his keyboard” (New York Times), Adam Tendler is an internationally recognized interpreter of living, modern and classical composers. A pioneer of DIY culture in concert music, at age 23 Tendler performed solo recitals in all fifty United States as part of a grassroots tour he called America 88×50, which became the subject of his memoir, 88×50, a Kirkus Indie Book of the Month and Lambda Literary Award nominee. An active presence in contemporary and classical music alike as a soloist, recording artist, speaker and educator, Tendler is also considered a leading John Cage interpreter, and collaborates with the John Cage Trust and Edition Peters in presenting Cage’s work internationally.