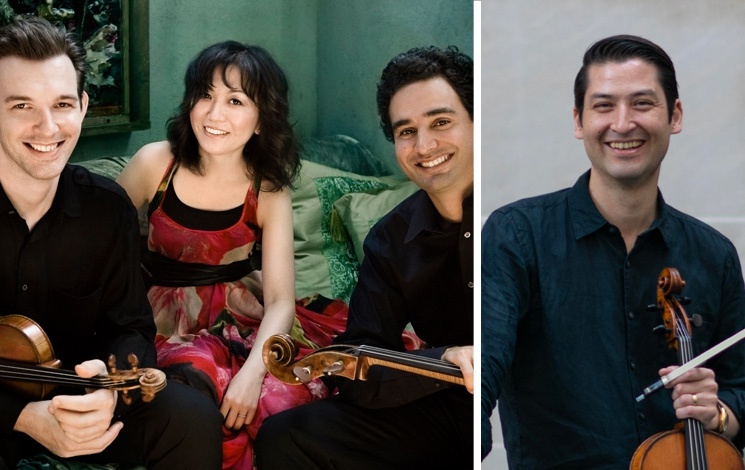 Giving performances that are “lithe, persuasive” (New York Times), “eloquent and enthralling” (Boston Globe), and described as “the most compelling American group to come on the scene” (The New Yorker), the Horszowski Trio has quickly become a vital force in the international chamber music world. Since their debut performance in New York City in 2011, they have toured extensively throughout North America, Europe, the Far East, and India, traversing the extensive oeuvre of traditional piano trio repertoire and introducing audiences to new music that they have commissioned and premiered.

Praised for his “burnished sound” (New York Times) and described as an “electrifying, poetic, and sensitive musician,” the Grammy Award-winning, Japanese-Norwegian violist Masumi Per Rostad hails from the gritty East Village of 1980s New York. He was raised in an artist loft converted from a garage with a 1957 Chevy Belair as the remnant centerpiece in their living room. Masumi began his studies at the nearby Third Street Music School Settlement at age three and has gone on to become one of the most in-demand soloists, chamber musicians, and teachers. In addition to maintaining an active performance schedule, he serves on the faculty of the prestigious Eastman School of Music in Rochester, NY.