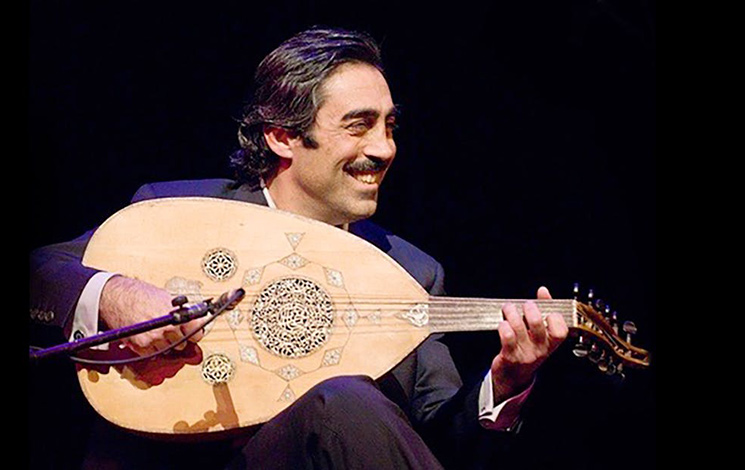 A program with Qanan and Arab percussion

Simon Shaheen dazzles his listeners as he deftly leaps from traditional Arabic sounds to jazz and Western classical styles. His soaring technique, melodic ingenuity, and unparalleled grace have earned him international acclaim as a virtuoso on the oud and violin.

Firas Zreik has worked and recorded with master artists from all over the world including Amir ElSaffar, Fabrizio Cassol, Bassam Saba, and more. He has performed as a kanun player and music director at the Lincoln Center-NY, the Smithsonian Museum-DC, Carthage International Festival –Tunisia, and many more.

Tareq Rantisi has shared the stage with some of the most distinguished musicians and associations in the region, including Kudsi Erguner, Alessio Allegrini, Ilham Al Madfai; the Edward Said National Conservatory, the French Cultural Center, Goethe-Institut, and the Alkamandjati Association. He has performed with some of the biggest names in modern music, including Jack deJohnette, Paul Winter, Srinivas Krishnan, Rima Khcheich, Ali Abdul Sattar, Charbel Rouhana and many others.

This concert is generously co-sponsored by Diane and Garry Kvistad