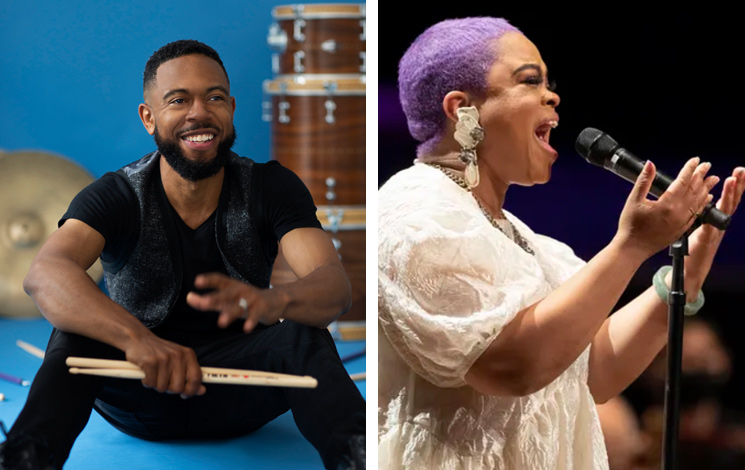 An Evening with Duke Ellington

Director of the Jazz orchestra program at the Juilliard School, Jerome Jennings is a drummer, activist, bandleader, composer, sideman, educator and Emmy winning composer. His debut recording ‘The Beast’ is a reflection of the every day joys and traumas of black life in the U.S. It was named one of the top three Jazz releases by NPR, received a four star rating in Downbeat Magazine, and was nominated for the prestigious French ‘Grand Prix du Disque’ award for Album of the Year in 2016. Jerome’s sophomore recording, ‘Solidarity’, released November 2019 was recognized by NPR as best music that spoke truth to power of 2019.

Laurin Talese has been captivating audiences with her pure tone and poignant lyrics since childhood. A Cleveland, Ohio native, Laurin was classically trained at the Cleveland Institute of Music and later studied classical and jazz voice at the University of the Arts where she received a bachelor’s degree in Vocal Performance. Her debut album, Gorgeous Chaos, released in 2016, features a stellar lineup of musicians and was met with wide acclaim.

Freedom and Joy: Duke Ellington, Joseph Haydn, and Voices of Color in American Music is supported in part by an award from the National Endowment for the Arts.