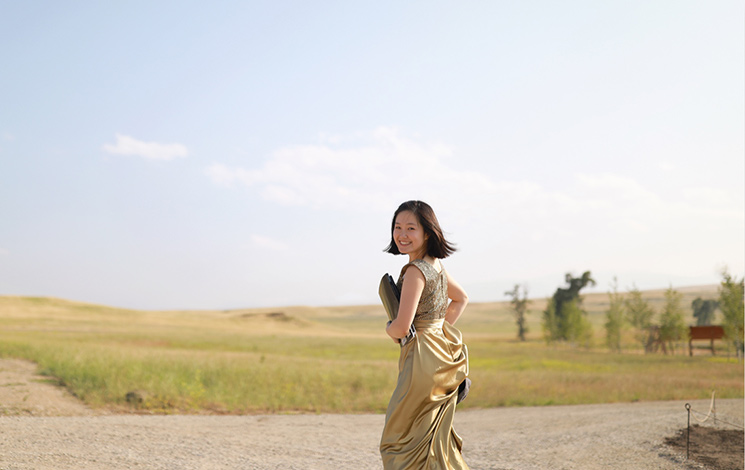 Ms. Chen made her debut with the Philadelphia Orchestra at age fourteen. She has also performed with the Taipei Symphony Orchestra, the National Repertory Orchestra, the New York Downtown Sinfonietta, the Pacific Symphony, and more with conductors such as Rossen Milanov, Carl Topilow, Stuart Malina, and Carl St. Clair. She has received audience acclaim appearing in solo and chamber music performances across the United States and abroad in venues including Lincoln Center, Carnegie Hall, the Kimmel Center, National Concert Hall in Taiwan, Vredenburg Leidsche Rijn in the Netherlands, and Solti Hall in Hungary. Despite all her successes, the energy and insight of her music has not lost the joy of youth, a contradictory mix where the rigors of virtuosity abet, rather than hinder, the spontaneity and freshness of her music.

Admission is by donation. Donors to Friends of Maverick of $75 since August 24, 2019 receive a ticket for one unreserved seat to the concert. Donors of $150 or more receive two tickets. Regular Maverick tickets are not valid for this concert and there is no “Rock Bottom” seating. Friends are invited to enjoy a complimentary glass of wine and hors d’oeuvres at the snack bar directly following the concert.

When this transaction is complete, you will receive an e-mail confirmation. Your name will be on the list at the door.