Encounters: Music from the Time of Renewal 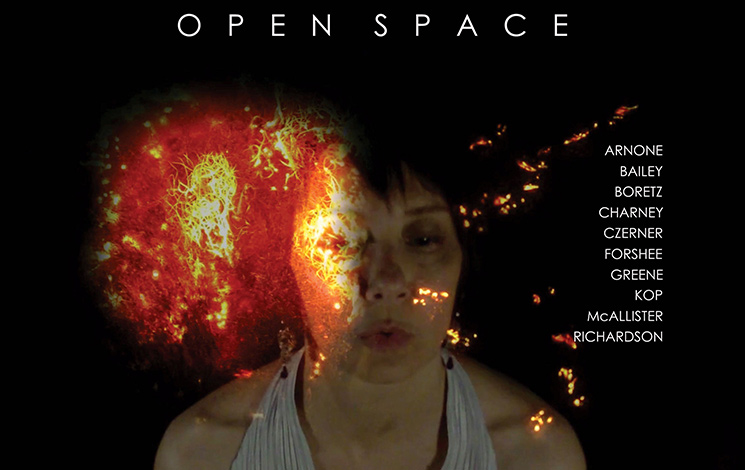 Encounters: Music from the Time of Renewal

Curated by poet Dorota Czerner and composer Jon Forshee, Encounters: Music from the Time of Renewal is an evening-length concert featuring recent collaborations between Czerner and the composers Benjamin Boretz, Jon Forshee, and Augustus Arnone.

The works presented in this concert each engage state-of-the-art sound and video technologies within the modern classical stage tradition, weaving a narrative of sonic and poetic encounter, exchange and discovery.

Augustus Arnone
Augustus Arnone is an adventurous pianist and composer, who has made a home at the edge of transcendental extremes in the modern repertory. His repertoire includes the complete solo piano works of Milton Babbitt, Michael Finnissy’s complete “The History Of Photography In Sound,” as well as works by John Cage, Iannis Xenakis, Roberto Sierra, Karlheinz Stockhausen, and others.

Benjamin Boretz
Ben Boretz is the founder and director of Open Space Music. He is currently working on composing a new piano piece for Augustus Arnone. His ‘Downtime for piano and percussion ensemble’ was released on Open Space CD 48 alongside Jon Forshee’s ‘Apokotastasis’.

Dorota Czerner
Dorota Czerner is a poet who entangled her European roots with the Hudson River light. Her live performances, created in collaboration with composers and video artists, embrace the discovery of ecosystems built around and inside the poetics of the spoken word. Her work has been exhibited and performed in North America and Europe.

Jon Forshee
Composer and sonic explorer Jon Forshee creates for a diversity of musical forces and ensembles, with many current works focused on and around collaborations and new media. Recent premieres include Vivarium – Thirteen Images of Danielle Rae Miller (2022), and Apokatastasis (2021), for chamber ensemble and computer.
Jon lives in Colorado, where he teaches at the University of Colorado Colorado Springs.

Adam Greene
Adam Greene is a composer and writer whose work references interests in literature, linguistics, and cognitive science in music that explores multiplicity, fragility, and instability. He has received awards from the Fromm Music Foundation, ASCAP, NACUSA and The American Composers’ Forum.

Colin McAllister
Colin McAllister is an Assistant Professor in the Department of Visual and Performing Arts at the University of Colorado, Colorado Springs. His research interests include contemporary music performance and pedagogy, musical modernism, and the apocalyptic paradigm as manifested in various phenomena—literature, music, and art.

Joshua Charney
Josh Charney is a pianist, composer, and musicologist based in Northern California. As a performer-composer, he is interested in contemporary music that incorporates improvisation, theatricality, and other experimental practices. He is also an active participant with the Sibarg Ensemble, a group that creates a unique blend between traditional Iranian music and jazz.

Paloma Kop
Paloma Kop is an experimental multimedia artist and performer. In this collaboration, she will misuse 1990’s television broadcast equipment to create moving images which flow in parallel with the sound and spoken word performance.

OPEN SPACE MUSIC ASSOCIATION is a community for people who need to explore or expand the limits of their expressive worlds, to extend or dissolve the boundaries among their expressive-language practices, to experiment with the forms or subjects of thinking or making or performing in the context of creative phenomena.