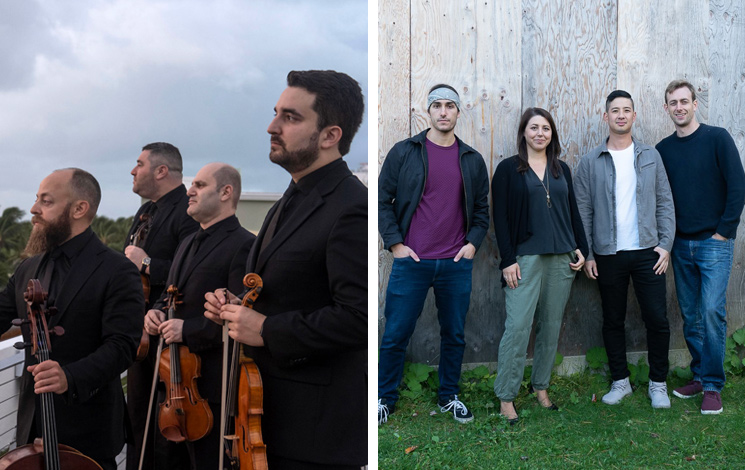 KASA Quartet, First Prize winner of the 2017 Coltman Chamber Music Competition, was founded in the summer of 2016 by Andy Liang, Aaron Schwartz, Stephanie Price-Wong and Kyle Price. KASA utilizes its fluency in multiple styles to curate fresh, innovative, genre-defying performances that harken the classical standard repertoire and fuse it with favorites of the jazz, musical theater, folk and pop standards. The quartet takes pride in creating and interpreting original arrangements and transcriptions of works by Jacob Collier, Marvin Hamlisch, George Gershwin among others.

Acclaimed for “exquisite clarity” and “remarkable virtuosity”, Korean-American pianist Sun-A Park is quickly establishing herself as one of the exciting pianists of her generation. Since making her orchestral debut with the New Jersey and Houston Symphony Orchestras, Ms. Park has performed at the Kennedy Center for the Performing Arts in Washington D.C., Tel Aviv Museum of Art in Israel, Manuel de Falla Auditorium in Spain, Bass Hall in Fort Worth, Texas, and Carnegie Hall’s Weill Recital Hall, and the Juilliard Theater in New York.