Music in the Woods: One Hundred Years of Maverick Concerts

The Maverick was one of Woodstock, NY’s first two arts colonies, famous for its outdoor music festivals in the early 1900s that were attended by thousands of revelers. The Maverick’s leader was Hervey White, mentioned here as “the first hippie” and a guru.

This scene is from David McDonald’s documentary film, “Woodstock Revisited,” about the pre-history of the Woodstock Festival. McDonald can be reached at: davidthedirector@yahoo.com 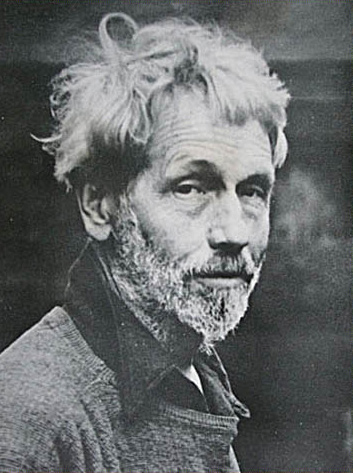 In 1998, the Jean Gaede and Fritzi Striebel Archive came to the Samuel Dorsky Museum of Art from the Center for Photography at Woodstock as part of a collection partnership that was developed between the two institutions in 1995. The Archive documents the utopian Maverick Art Colony founded 100 years ago in 1905 by Hervey White as a haven for artists, actors, writers, and musicians. Although the Colony was located in the township of West Hurley, it has always been known as the Maverick Art Colony of Woodstock. At the centennial year of the the founding of the Maverick, the SDMA presented this on-line exhibition that focuses on the Maverick Festival, an annual Bohemian carnival founded by White that ran from 1915 to 1931. This Festival was distinct from the Sunday Maverick Concert Series founded by White in 1916, which continues to the present day. The 49 photographs in this on-line exhibition date from 1916 to 1930 and represent a selection out of some 130 vintage photographs that were assembled by Jean Gaede and Fritzi Striebel of Woodstock in order to chronicle the Maverick Art Colony. See online exhibition here.

The name “Maverick” came to be used over the years for the collaborative colony for artists that Hervey White established on the outskirts of Woodstock. In Colorado in the 1890s, while visiting his sister, he had been told of a white stallion living in freedom in the wild known locally as the “Maverick Horse.” In 1911 the Maverick Horse appeared as the hero of a poem Hervey wrote, “The Adventures of a Young Maverick.” It was a fitting symbol for everything that Hervey held dear—freedom and spirit and individuality.

John Flannagan, a brilliantly talented, iconoclastic (and penniless) sculptor, came to join the artists who spent summers in the Maverick. In the summer of 1924 Hervey White commissioned Flannagan to carve the Maverick Horse. Believing that all useful work was of value and the work of an artist no more to be rewarded than any other, he paid the prevailing wage of fifty cents an hour. Using an ax as the major tool, the entire monumental piece was carved from the trunk of a chestnut tree in only a few days. The sculpture depicts the horse emerging from the outstretched hands of a man who appears in turn to be emerging from the earth. Hannah Small, who lived at the Maverick during the carving, remembers:

“Everyone on the Maverick was watching. They were fascinated. We loved everything that Flannagan did and we were terribly excited about it. I remember seeing him working; he was working frantically and he was doing the whole thing with an ax. It was the fastest work I’d ever seen. When it was finished he went off and had another drink.”

The heroic sculpture standing eighteen feet high marked the entrance of the road to the concert hall (and the now-vanished theatre) for thirty-six years. For a while the sculpture had a little roof over it as protection from the elements but it began to weather alarmingly and artist Emmet Edwards, a painter who knew Flannagan well, moved it into his nearby studio to protect it.

It remained there, hidden from view, for twenty years. In 1979 through the generosity and cooperation of Edwards, the horse was moved on large wooden skids from Edwards’ studio to the stage of the Maverick Concert Hall. Woodstock sculptor Maury Colow undertook to stabilize the sculpture and mount it on a stone base. It is most appropriate that this mysterious and magical sculpture presides over the last and most enduring expression of Hervey White’s original Maverick.